Tribute to The Doc of the Drakes

We are sad to announce that on Saturday, March 17th, our beloved comrade Dr. Robert Franklin peacefully passed away among family in Austin, Texas.  To his angling friends and viewers of fishing films, the soft spoken white-haired Texas gentleman was known simply as the "Doc of the Drakes."  To the 28,000 patients he served over 50 years, Dr. Robert Franklin—one of the best microsurgeons in the world—was proof that angels live among us.  But whether on the water or in the OR, one thing remained constant: Doc radiated competence, moxie, and optimism.

To many who watched his fishing films, the Doc represented a sense of familiarity, a loving bond forged of golden memories with fathers and grandfathers.  He was like Santa Claus; lovable, patient, and never without a sack full of goodies, mostly in the form of unforgettable one-liners e.g. "Finally"!  In describing the Doc, Silver Creek Outfitters guide Pete Wood perhaps said it best:  "there is just something special about him."  While impossible to adequately put into words, Pete noted that, unlike other talented anglers he has guided, "it wasn't Doc's abilities that made him so incredibly fishy, it was his attitude."  Pete used to joke that "the Doc does not know the word 'no.'"  No matter how rotten the weather, or lousy the fishing, the Doc never canceled a trip, never complained, and was always grateful.  And as far as we can tell, the trout must have felt Doc's radiant energy and optimism through his fly line, because time and again Doc made it happen when no one else could.

In sum, while Doc's 90 years on this earth have come to end, his impact and spirit rage on.  Thank you Doc.  Thank you for serving as a much needed an example, for showing us that while Parkinson's disease might have ended your half-century career as a surgeon, it would never snuff your zest for life.  You will always be missed, but never forgotten.   We love you Doc! 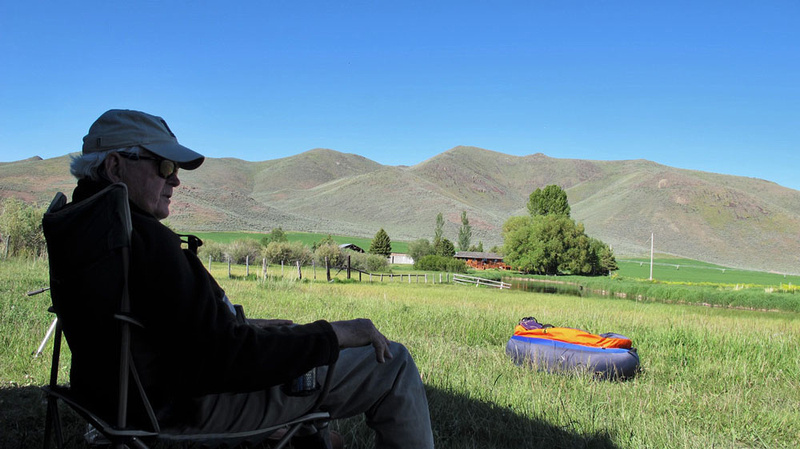